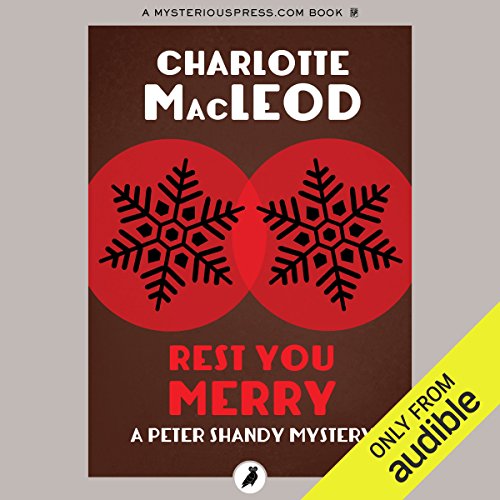 Obviously I'm infatuated with her writing, and justifiably so, IMO. She is one of my all-time favorite mystery writers, and I was saddened when I heard she had to stop writing in the mids due to Alzheimers; she died a few years later, early s I think. I miss her charming gentility, her way with words, her beautifully honed sense of the absurd. But she left us a big pile of wonderful stories to read, bless her! Dec 19, Mike Finn rated it did not like it Shelves: crime-series , audio-book , christmas , dnf , crime , 1-in-a-series.

It's the night before Christmas as I write this review. The season is merry and I should be too. Yet despite best intentions and goodwill to all men, I couldn't bring myself to listen to this book again. The story is slow and the characters are bland. I don't care whodunnit or how they are found.

Two hours of listening to lengthy discourse on marbles and murder and wrongly locked doors, with no tension and no action are more than enough. I'm setting it aside to read other stuff. View all 3 comments. Mar 16, Susan in NC rated it it was amazing Shelves: reread , favorites.

Never fails to lift my spirits and make me laugh out loud! One of my favorite Christmas rereads, this is the first in the author's witty, charming, clever Professor Peter Shandy series set at a small agricultural college in rural Massachusetts.

Quirky characters, literate and funny dialogue and a delightfully twisted murder mystery - what's not to love? I try and fit in a reread every year, light, snarky, quirky and charming - I've read and recently reread the entire series, but this is definitely my favorite book of the lot. This is the first case for Professor Peter Shandy of Balaclava College, a small agricultural school in rural Massachusetts.

The back-stabbing, gossipy faculty, Christmas setting and sparkling, snappy dialogue are a real treat, and I wish I had Professor Shandy for a science class, he's adorably old-fashioned, funny and sharp as a tack - a great amateur sleuth! He gets a wonderful sidekick in this outing, as he wooes visiting librarian Helen Marsh in a charming romantic subplot that in no way takes away from the mystery. I find most of her mysteries quirky, whimsical and charming, and while a few teeter into silliness or get a little carried away with the whimsy I think she's much better than most "cozy" mystery writers today.

Her books are always fun to reread for comic relief and a good puzzle - no small feat! View all 4 comments. Feb 27, Beckiezra rated it liked it.

The characters were kind of caricatures and the setting was kind of hard to identify they kept talking about doing or eating things I identify as British but they seemed to be based outside of Boston. The local police didn't even qualify as a joke and I don't know if that's a product of the s, small towns, or just bad research. I mean if someone is dead in someone else's house wouldn't an autopsy be kind of mandatory?

The mystery wasn't an easy solve, I had suspicions about certain pe 3.

The mystery wasn't an easy solve, I had suspicions about certain people but couldn't tie them together with any kind of motive. The ending was rushed, with an entire mystery solving trip totally untold. Also the depiction of housewives was insulting. I was reading a first edition from the 70s I don't know if there were any changes in the new edition, I just know the page numbers don't match up and it's really made me want to read some more old books. The vocabulary was particularly appealing, it was nice to not know some words and not feel like the author was throwing them in to sound smart or because they like some strange word, but because people just had better vocabularies in the past.

People who bought this also bought...

The mystery is okay. Not sure I liked this well enough to read the next in the series. Really liked this story. This series looks like it will be a fun one to read. Peter Shandy is a professor at an agricultural college. They area he lives in on the college grounds really goes all out for Christmas.

Peter doesn't care to put up decorations. The ladies of the decorating committee are pressuring him so he comes up with a plan to put up hideous decorations and then leave town for the holidays. His trip doesn't go off as planned and he is forced to return home. Upon his arrival back ho Really liked this story. Upon his arrival back home he discovers the body of one of the other residents dead in his living room. Peter doesn't believe it is an accident and decides to figure out what really happened. 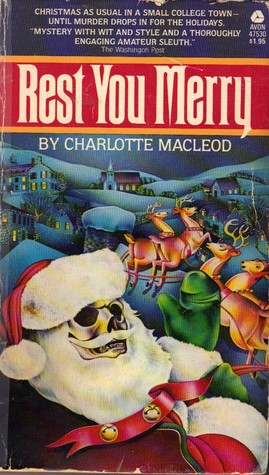 Looking forward to reading the next in the series. Dec 31, Michelle rated it it was amazing Shelves: In it we are introduced to Professor Shandy and several of the recurring characters in this series. Although each mystery stands on its own, it does help to read this one first if you can so that you can get to know these characters. If you enjoy humor based on character portrayals, you will enjoy these mysteries. Dec 15, Megan rated it really liked it. Cute, whimsical mystery that honestly put me more in mind of Dorothy Sayers than Agatha Christie.

Despite being hounded for years by busybody Assistant Librarian Jemima Ames he has silently refused to take part, his house standing as the lone dark spot in another otherwise brilliant neighborhood display of holiday cheer. This year he has an idea, though. When he returns home he expects to find Jemima waiting for him with some stern admonishments.

Instead he finds her laid out on his carpet The rest of the town seems content to put it behind them and get on with the Christmas festivities. What initially drew me in when choosing a mystery to read was the setting small college town during Christmas and the cast of characters librarians, professors etc. I really liked the idea of reading a cozy mystery and this one certainly fit the bill although alas, no cats.

The characterization is a bit thin with some of the characters fitting into immediately recognizable types absent minded professor, nosy neighbor, etc. It also introduces a love interest for the budding detective Peter Shandy in the guise of incoming librarian Helen Marsh, which provides a nice secondary storyline. There were certain turns of phrase that MacLeod used that, for whatever reason, I found a bit annoying.

Once I got into the flow of the story however these resistances faded away and I found that I really enjoyed it. In fact I would be interested in continuing with this series and seeing what else Professor Peter Shandy and the assorted cast of characters are up to. The cover shown here on Goodreads which I hate.


The edition I read had a far superior one!